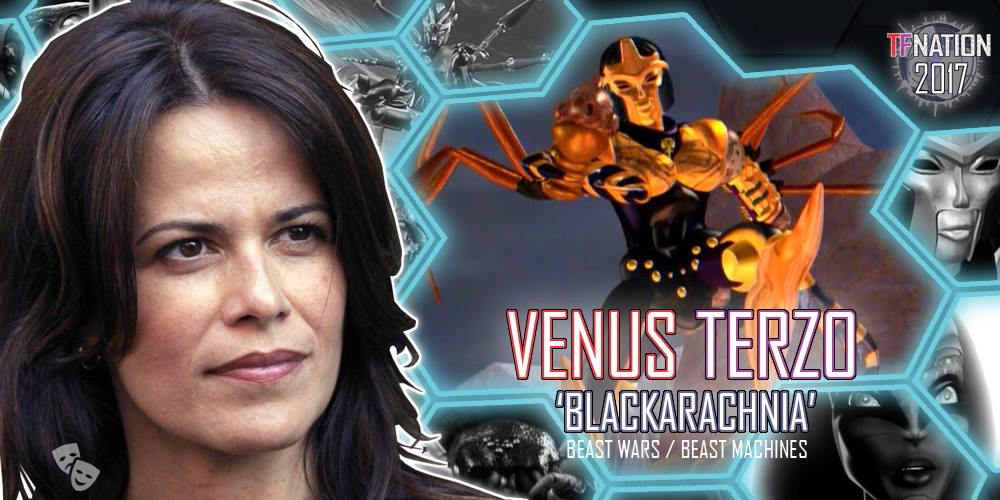 Blazing a trail for the multi-layered female characters who followed in her path, Blackarachnia’s long journey, from Beast Wars’ ruthless, self-serving, rebel Predacon to the Maximal-aligned Beast Machines force of nature, has seen the character achieve a special place in fan’s hearts. Her later dedication to Cybertron, and her relationship with Spark-mate Silverbolt, were elements decades ahead of MTMTE’s own examinations of loyalty and friendship, and are as relevant now as they have ever been.
Apart from her Transformers work, Venus’ acting versatility is reflected in the sheer quality and scale of her filmography. She is well-known for voicing My Little Pony’s Rainbow Dash across numerous features, the female version of Ranma ½, Jean Grey in X-Men: Evolution, the iconic Sorceress (and evil Critta) in The New Adventures of He-Man, and Gigagirl in Reboot. Then add in Biiko Daitokuji in Project A-Ko, G.I. Joe’s Jinx, Death Note’s Wedy, Princess Lana in Captain N: The Game Master and Talia Gladys in Mobile Suit Gundam Seed Destiny, and that’s just a selection of her animated work.
Venus’s on-screen appearances are even more numerous, including Arrow, Minority Report, Supernatural, Continuum, Sanctuary, Andromeda, and Stargate SG-1. Mainstream audiences will also know Venus from Blackstone, Badge of Honour, The Guard and her long-running role as Detective Angela Kosmo on Da Vinci’s Inquest , along with numerous other TV Movie and episodic work.
It’s worth noting, for fans of darker series, that Venus has also appeared in The Masters of Horror, The Dead Zone and The Twilight Zone and even appeared in the original TV series adaptation of Stephen King’s It.