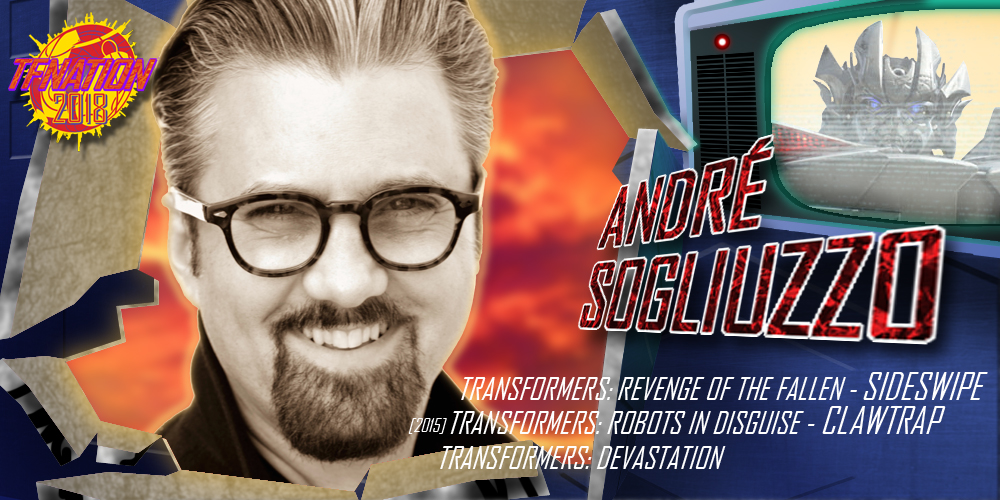 Lending his talents to the character of Sideswipe in Transformers: Revenge of the Fallen, Sogliuzzo has also been behind the scenes for the well-received video game Transformers: Devastation, portraying the likes of Scavenger, Thundercracker, and one of the unnamed Seekers found in the game. Most recently, he has featured in the animated series Robots in Disguise, as the voice of Scavenger Clawtrap.

You may also recognise him from a number of other video game franchises, such as Skyrim, Everquest II, and Scarface: The World is Yours. For fans and followers of animated series and cartoons, you will have found Sogliuzzo in G.I. Joe: Renegades (as Major Bludd), Avatar: The Last Airbender (as Hakoda and King Bumi), Courage the Cowardly Dog, the Stuart Little TV series, and will soon be heard in the upcoming Spyro Reignited Trilogy.

He has also been a regular actor for the Star Wars franchise, appearing as various characters in the Knights of the Old Republic games, and as Commander Cody (and others) in the version of the Star Wars: Clone Wars series directed by Genndy Tartakovsky, plus a number of voices in the recently concluded Star Wars: Rebels.
Examples of Andre's work;

Transformers Revenge of the Fallen: https://amzn.to/2Y12vWM