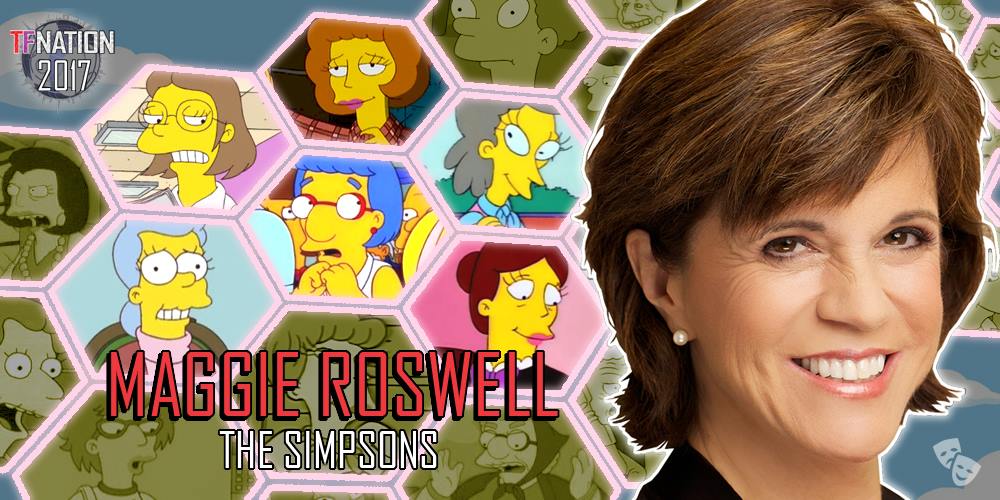 Maggie has been a part of The Simpsons since the very beginning, voicing regulars Maude Flanders, Helen Lovejoy, Luann Van Houten, and Elizabeth Hoover as well as dozens of supporting and guest characters across more than 175 episodes. Her impact on the show is so great that when she took a temporary leave from the show it resulted in the death of one of those characters!
Beyond Springfield, Maggie’s career is extremely diverse with vocal work for the likes of Mighty Mouse, Darkwing Duck, the feature Fire and Ice and Animaniacs, alongside onscreen performances in shows such as L.A. Law, Remington Steele, Happy Days, Dynasty, Quantum Leap, Mork & Mindy and many more.
That last show indirectly ties into another of Maggie’s interests: improv. Over a long career, Maggie has improvised with the likes of Robin Williams, John Ritter, Joey Bishop, Phil Foster, John Larouquette and, later, Dan “Homer” Castellaneta, and performed on Broadway with the hit Sills and Company.