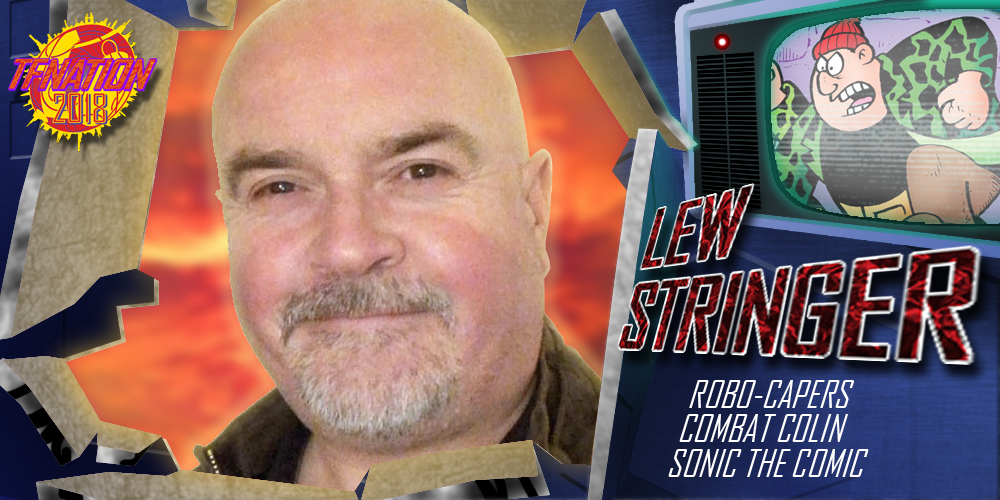 Famous predominantly for his humour work, he was a stable component of the Marvel UK Transformers issues, providing a light-hearted relief to the stories in the form of two featured strips: Robo-Capers and Combat Colin (initially in the pages of Action Force, the UK incarnation of G.I. Joe, then replacing Robo-Capers in Transformers).

His very first venture onto the comics stage was Brickman, which ran from the 1970s up until 2009 in various forms. Stringer is well known in the UK for his work as an independent comics creator, but also for his work appearing in the pages of The Beano and The Dandy weekly kids’ comic magazines, alongside other licensed magazines such as Spider-Man, Epic, Lego Adventures and more. Internationally, his work has appeared in the likes of Elephantmen and Grindhouse in the US market, Herman Hedning in Sweden, and Nemi in Norway.

Thanks to his comics work as a creator, Stringer is well-versed in the history of the British comics industry and scene, and regularly offers insights, analyses, and discussions of current and past trends on his blog, Blimey! It’s Another Blog about Comics!