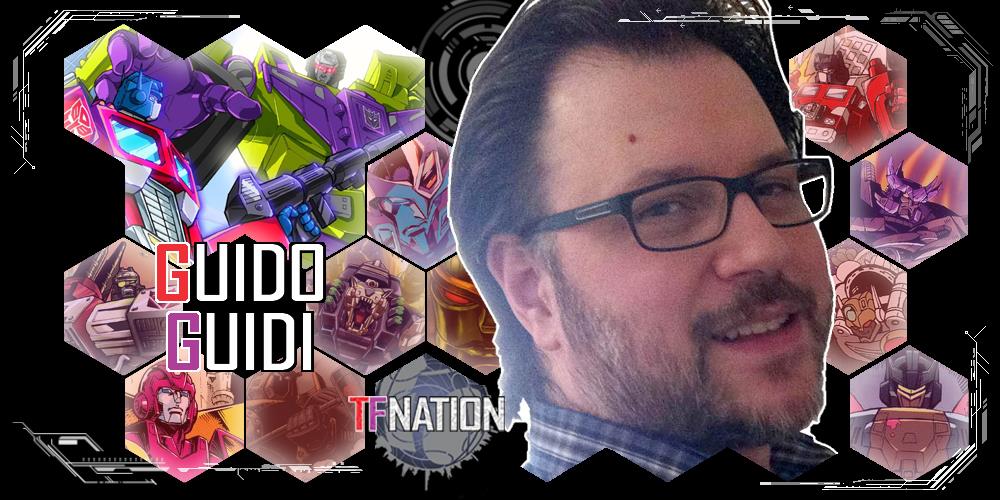 An exceptionally popular comic artist who has worked with Transformers since the Dreamwave era, Guido has lent his talent to the smash hit All Hail Megatron, the fan-favourite Last Stand of the Wreckers and of course the ongoing books, The Transformers and More Than Meets The Eye.

In addition to his comic work, Guido has also provided artwork for various Transformers DVD covers, box art for toys, trading cards and publications around the world. If you’re a fan of Transformers, you have certainly enjoyed his artwork!

Guido has most recently applied his talents to the video game Transformers Devastation, where he provided not only the game’s box art, but also served as a concept artist for the game’s characters.

Outside of the Transformers franchise, Guido has worked on IDW’s Dungeons and Dragons and publications for Marvel, such as the Super Hero Squad books and short stories for Marvel Rampage Magazine.

For a glimpse of his work, take a look at Guido’s deviantART page (http://guidoguidi.deviantart.com/).
Examples of Guido's work;