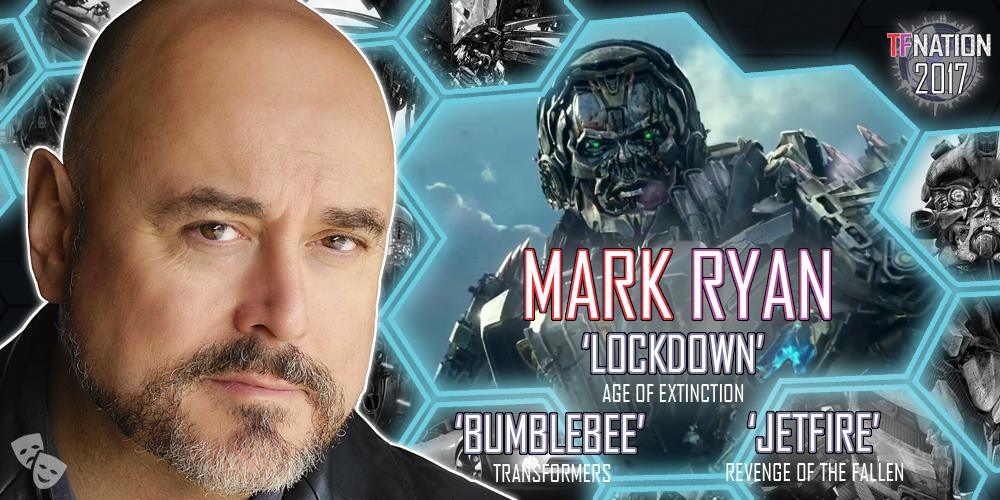 In 2007's Transformers, Mark provided the touching end dialogue for Bumblebee, the fun-loving Autobot who quickly established himself as a brand leader. He also performed the role of Ironhide in the video game affiliated to the movie.

For 2009's Transformers Revenge of the Fallen, Mark took on the role of the aged and opinionated Jetfire. A legendary Decepticon seeker who defected to the Autobots.

However, Mark is perhaps best known to Transformers fans for his part in 2014's Age of Extinction, where he brought big screen life to the movie's antagonist, and fan favourite character, Lockdown. A bounty hunter tasked with retrieving Optimus Prime on behalf of the mysterious Creators.

In addition to the above, Mark interacts with human characters to provide the on set voice and presence of many Transformers, before they are added in via the magic of CGI. This means he has an incredibly rich experience of life on a Transformers movie set, as well as post production work.

Away from giant robots, Mark's career continues to be wonderfully diverse. From originating the role of Magaldi in Andrew Lloyd Webber's musical Evita, to appearing as the loyal Mr. Gates in the pirate show Black Sails, Mark really has done it all.

Some of his notable filmography entries include Charlie's Angels, Convicted, The Thirst and The Prestige. He also composed and performed in a musical adaptation of Wuthering Heights. But for many, Mark will be forever tied to his role as Nasir in the 80’s TV series Robin of Sherwood - this represented the first time a Muslim character had been part of the mythos and Ryan’s impact was so great, the concept carried over to later productions such as Robin Hood: Prince of Thieves and the 2006 Robin Hood TV series, to become a mainstay of the classic tale.

Oh... and he's also a master swordsman who provides fight scene training to other big name Hollywood actors. We're not making this up!