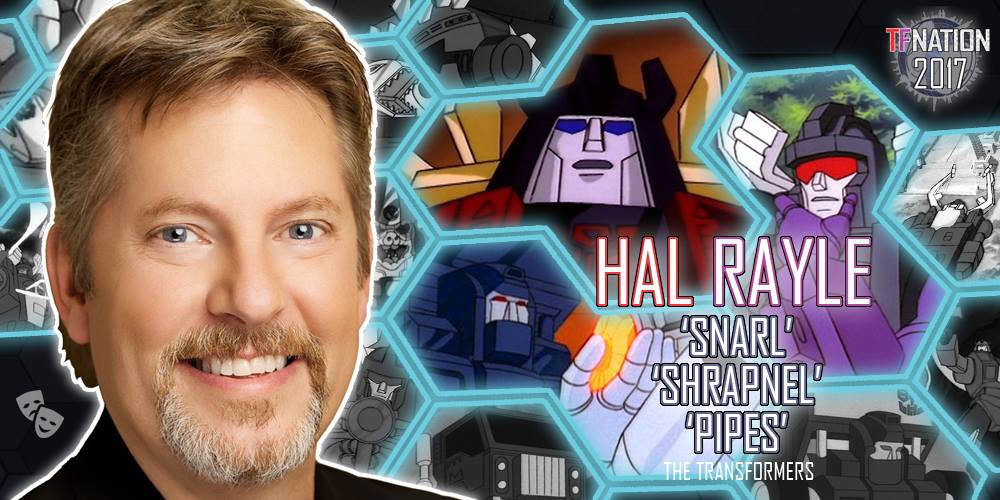 To Transformers fans, Hal is best known as G1 Snarl – the surly Stegosaurus member of the Dinobots. A character so tough he was actually created to bring his fellow Dinobots in line!
In addition to voicing the coolest set of solar panels to grace a 80’s kids toy, Hal also voiced Shrapnel throughout the G1 series and the 1986 Transformers Animated movie, (not so tough, we admit) the reptilian Skuxxoid race (relatively tough, depending on payments owed) and finally the VERY TOUGH AND VERY MUCH ALIVE Autobot Pipes in Five Faces of Darkness.
Outside of Transformers, Hal's work could be heard in a number of classic 80s and 90s animations, voicing Arzon in Visionaries, Deep Six in Action Force, Prince Kro-Tan in Defenders of the Earth, Lieutenant Commander Steel in Swat Kats and numerous other appearances in shows such as Galaxy High, TMNT and Universal Animation's Back to the Future, in which he clocked up over 65 separate voices alone.