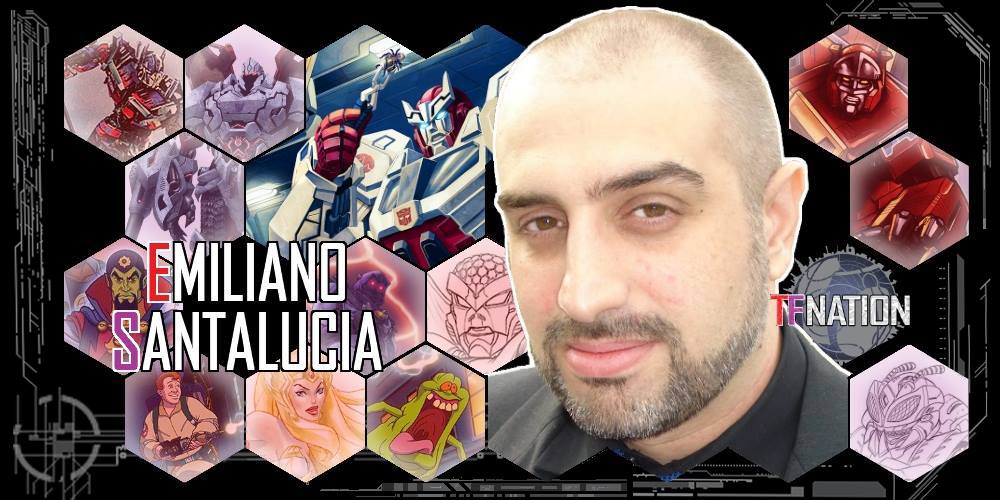 Emiliano is a concept artist on the live action Transformers movie series produced by Paramount Pictures.  He has also undertaken substantial work as a concept artist and toy designer for Hasbro Inc. on various Transformers toy lines including Dark Of The Moon, Transformers: Crossovers, Generations, Robots In Disguise, the fan favourite Combiner Wars and the highly anticipated Titans Return.  Some of the toys he has worked on include Generations Rhinox, Rattrap, Waspinator and Metroplex; Combiner Wars Sky Lynx; Titans Return Galvatron, Fortress Maximus and Skull Cruncher to name but a few. On top of his film and toy credentials, Emiliano has also worked on Transformers comics for both IDW and Devils Due

Despite his amazing range of work with the Transformers brand, Emiliano is probably best known for his association with Mattel's He-Man and the Masters of the Universe brand. He also co-founded The Power and Honor Foundation; a non-profit organization which exists to collect, archive, preserve, and educate the public about the creative origins of He-Man and the Masters of the Universe and She-Ra Princess of Power. Emiliano's MOTU work covers comics, toy / statue design, art books and Definitive Films' Power of Grayskull documentary.

Outside of these two brands, Emiliano has also worked on other comic book series from Star Comics and Play Press, Image Comics, MVC Creations, Devils Due and IDW (including G.I Joe, Power Rangers) as well as working on various DVD covers (The Real Ghostbusters; Defenders of the Earth; Bravestarr; Blackstar and Hero High).

Masters of the Universe: https://amzn.to/2ACYiR2