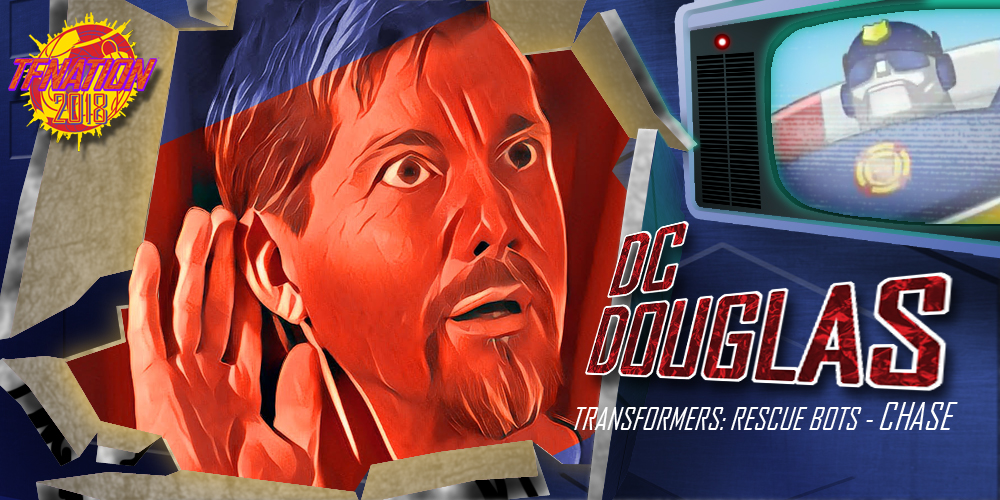 Famous in the Transformers franchise for his role as Chase the Police Bot in Transformers: Rescue Bots, Douglas has been a regular go-to resource for updates about the show itself and is also well known beyond the transforming robot world.

If you're a videogame aficionado, you will recognise him as Legion in the Mass Effect series - a gestalt artificial intelligence unit. Both Chase and Legion were similarly influenced by Leonard Nimoy's approach to Spock, in their respective ways.

He has also appeared in seven Resident Evil games as Albert Wesker, as Kamoshida in Persona 5, Pod 042 in Nier: Automata, Azrael in Blazeblue, Zero in Zero Time Dilemma 3, Raven in Tekken 6, and foxy grandpa Gunter in Fire Emblem: Fates.

If cartoons and anime are more your thing, you will have heard him voicing X Drake in One Piece, The Professor in Cyborg 009, Jasley in Mobile Suit Gundam: IBO, Genji Kamogawa in Hajime no ippo, Shori Shibuya in God, Save Our King!, Colonel Rawls on Regular Show, and Superman on Family Guy.

His on camera roles include the seminal cinematographic masterpiece Sharknado 2 (Bud), plus Zepht in Star Trek: Enterprise, Pa Kettle in Z Nation, and Aiden Wexler in SyFy’s Isle of the Dead.