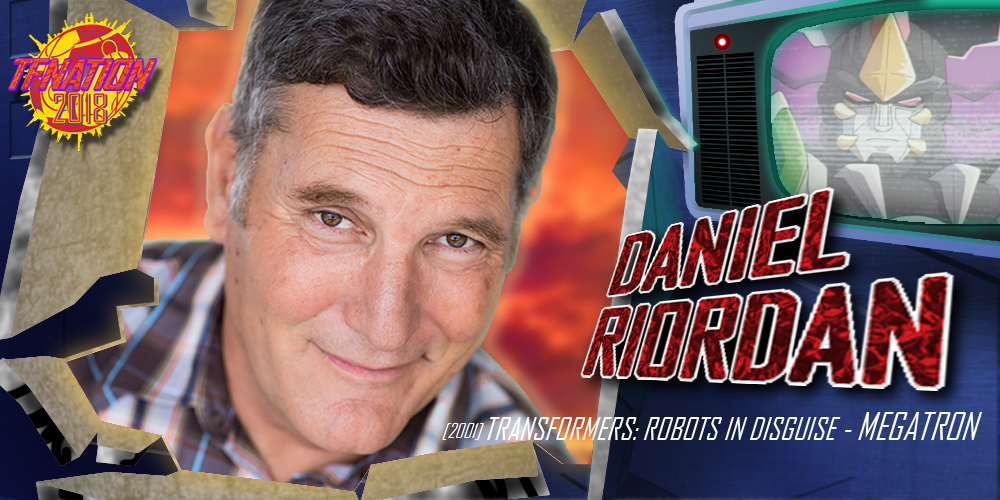 As well as voicing the purple leader Megatron, Daniel remained at the mic for the gold and white upgrade Galvatron, and is so far the only voice actor famous for lending his talents to a robot, jet, bat, two-headed dragon, giant flying hand, roadster, winged griffin, one-headed dragon, hydroplane, and an elephant, all while only really voicing the same character.
In a fun twist, he also voiced Omega Prime, the combined form of Optimus Prime and Ultra Magnus and leader of the Autobot side, opponent and eventual vanquisher of Galvatron in the final episode of the series.
In other Transformers appearances you may recognise, Daniel was behind the 2007 videogame based on the Paramount live-action series, and specifically, the Decepticon characters of Bonecrusher and Shockwave. He has also been involved in several videogame franchises as secondary and additional character voices, with the likes of Final Fantasy XIII, Mass Effect III, Age of Empires III, Skyrim, and more.
On screen, both big and small, he is well known for his roles in Dreamgirls, Jingle All The Way, The Adventures of Captain Zoom in Outer Space, and a brief presence in Avatar: The Last Airbender and The Wild Thornberrys.